This small collection has five series: School of Nursing records, the Alumnae Association records, Alumnae Papers, Artifacts and Photographs. The School of Nursing series is 14 folders of basic information about the School, the highlights of which are the annual announcements catalogs (folders 2-5) outlining the entrance requirements and the curriculum, and the Triennium, the class yearbooks for 1951, 1952, 1955, 1957, 1968, 1973, and 1974. The proposal by the New York Infant Asylum to provide obstetric training is also of note as it provides a detailed list of areas of instruction for 1895 (folder 9). Student transcripts from 1941-1974 are also included in this collection; please see note under that series for details.

Significant records in The Alumnae Association series are the annual reports for the Association and a nearly complete run of the Association’s Bulletin, providing news of its members and of the Hospital. (Note that a number of annual reports are published in particular Bulletin issues, which are clearly noted in the container list. Also note that an appendix listing all of the Bulletins in the collection, along with a list of all the directresses, can be found at https://archives.mssm.edu/downloads/aa149.pdf) Also of significance are the three volumes of Alumnae Rosters, the first of which contains a short history of the School. These books and the two volumes of the Alumnae Association annual reports are behind all the folders in box 2. Photographs of Alumnae are also included in the collection; however, they are filed in the larger St. Luke’s Hospital series of the Photograph Collection. A scrapbook of snap shots of student nurses around 1953-1955 is also found in the artifacts.

The Alumnae Papers consists of materials donated by the School’s graduates and may include bulletins, pamphlets, yearbooks, artifacts such as uniforms or graduate pins, invitations and other materials. This series is arranged by donation date.

Artifacts include a complete student nurse’s uniform, with its distinctive wool cape and the School's graduate pin. 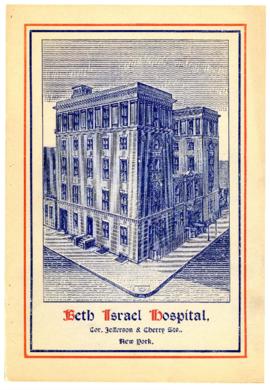