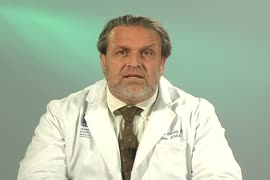 This collection consists of the correspondence and manuscripts of Dr. Harold T. Hyman, organized alphabetically in two boxes in a single series. Correspondence is filed by correspondent's surname, all other files by title or subject.
The highlight of Dr. Hyman's correspondence is an extensive collection of letters to and from Dr. Lawrence Kubie, a prominent New York psychoanalyst (Folder 1-27.) A series of letters from 1937 documents an acrimonious split between the two doctors in the wake of Dr. Hyman's 1936 lecture critical of psychoanalysis. By 1939, however, when Dr. Kubie was recruited to head Mount Sinai's Psychiatric Division (then part of the Department of Neurology), he and Dr. Hyman had reconciled. He shared updates on his progress in the reorganization of the department and copied Dr. Hyman on additional letters and manuscripts related to the project. Of particular note among these attachments is a long letter from Kubie to Dr. Frank Fremont-Smith of the Josiah Macy Foundation discussing his reorganization of the department and his attempt (with hypnotherapist Milton Erickson) to use Dr. Hyman's intravenous drip method to develop a "pharmacology of hypnosis." As Kubie struggled to implement his vision for the department, the correspondents shared their mutual frustration with the administration of Mount Sinai by lay trustees rather than medical professionals. Following Kubie's resignation from Mount Sinai in 1943, the two doctors continued to correspond on the relationship between psychoanalysis and physiology.
A file of correspondence with Waldemar Kaempffert, Science Editor of the New York Times (Folder 1-20), documents Dr. Hyman's efforts to publicize his research work. A collection of letters of congratulation regarding the success of the syphilis drip treatment (Folder 2-23) includes numerous letters from luminaries at Mount Sinai (including John Garlock and Bernard Sachs) as well as prominent friends and patients. Most other correspondence files are smaller, containing only one or two letters; of note are two letters (Folder 1-19) from Justine Johnstone (later Wanger), a former silent film actress who took up a second career in medicine and worked as Dr. Hyman's research assistant on the syphilis drip treatment project.
A series of files on Dr. Hyman's An Integrated Practice of Medicine (Folders 1-14 through 1-18) relate primarily to the promotion and reception of the book series, including an extensive collection of review clippings.
Folders 2-7 through 2-12 contain the manuscripts of Religio Medici, Hyman's work discussing the philosophy of medicine, science and religion. There is no single "final" copy of the manuscript, only chapter drafts in various stages of revision. The collection as received included at least one relatively complete manuscript identifiable by rubber-stamped page numbers as well as numerous additional drafts. The manuscripts have been arranged by chapter.
Some pages of Religio Medici were edited using scissors and scotch tape to revise and add text to the page contents. For preservation purposes, these pages were photocopied to archival paper. In cases where significant changes were made to the text, a copy of the "final" version has been kept alongside a copy of the "original" page with the additions removed; in cases of purely cosmetic changes (for example, moving a header relative to whitespace without changing to the content), only a copy of the final version was kept.
In addition to Religio Medici, the collection contains an assortment of autobiographical manuscripts (Folder 1-2), including what appears to be a fragment of a larger work that, unlike Religio Medici, is straightforwardly autobiographical and contains reflections on the specifically medical aspects of Dr. Hyman's career. Folder 2-5 contains a manuscript titled "Personality Gleanings and Vignettes from a Cosmopolitan Medical Practice," a list of brief notes (possibly an outline for a larger unfinished manuscript) which contains Dr. Hyman's unvarnished opinions of many of his contemporaries. Folders 1-5 through 1-10 contain the contents of numerous small envelopes that Dr. Hyman used as subject files to organize his notes and observations on particular subjects, apparently as part of the same autobiographical process that produced "Gleaning and Vignettes." These have been photocopied to archival paper and arranged alphabetically.

Psychiatry Dept.--Memos re: Admissions to Ward A, Nursing, Racial Policies