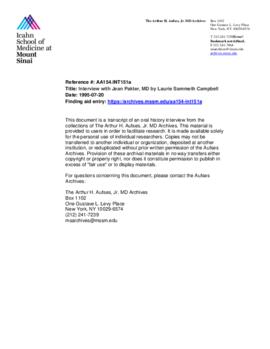 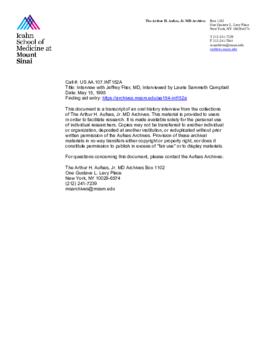 Please contact the Archives (MSArchives@mssm.edu) for information regarding copyright.